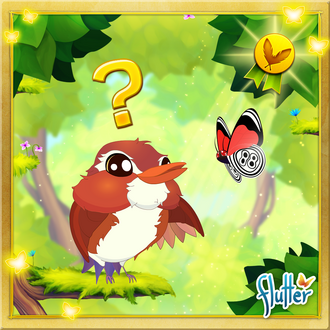 Missions can be accessed after opening the spots beneath the Madagascar Pygmy Kingfisher. You need a Flutterpedia score of over

Tap the bird, which shows a golden question mark, to see, which mission it has for you. Pay special consideration to the words in capitals in the mission's description, as these will guide you to select the right butterfly. It's menu will offer the options

(Next Outfit). The golden question mark will change to silver after you read the description once.

Once you've decided which butterfly would be a good fit – of if you used a butterfly's Special Ability to get the right one, tap it and drag it to the landing pad next to the bird (the leaf to the right of the bird). The bird will let you know whether that butterfly will be a good fit or not. If have chosen a good match, tap on the bird again and its menu bar will open and change to

to start the mission. A timer below the bird shows the time remaining in the mission, the leaf will roll in and the menu will switch once more:

(Next Outfit). You may now hurry the mission by spending

by the common hurrying rules, but with a basic extra charge of

As soon as the timer runs out, your butterfly will return (as long as it is on its mission it will show up like you don't have any, just like as it's been sold, but it will come back – promised) and the bird will show an golden exlamation mark. Just tap the bird or the butterfly to get a last information on the mission and to receive your reward. 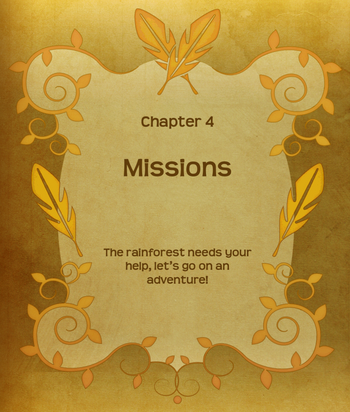 To get a check at the missions you already solved and any others, you can go two ways. First is by tapping

at the bottom of the screen and then opening

(Missions Tab). Second is to tap

(Missions) at the bird's menu by tapping it.


At this section you can also switch to another mission as long as no butterfly is already sent away by going to the Missions Flutterpedia Entry. The current mission is underlined and marked with a glowing butterfly

and can't be selected. Available missions are marked with a golden butterfly

(Switch). Missions you don't have a matching butterfly for are marked with

After selecting your alternative mission, the game will ask for your permission as you have to spend a specific amount of Flutterbucks. You may switch as often as you want to, but keep in mind, that it costs

. There are also butterflies with the Special Ability to switch to a random mission.

Each mission has a difficulty rating, which tells you at what level a butterfly will be assured success – in some cases its even a requirement, so a matching butterfly may be declined if it hasn't a high enough stage. Best is to choose a butterfly whose level is as high as the number of difficulty stars

(e.g. Level 5 butterfly for a 5 star mission) to ensure you'll pass the mission. Lower level butterflies can usually go on these missions, but have a significantly lower chance of success – each star missing lowers the chance to succeed by 20%. If a mission fails your butterfly will return in any case.

The bird will only give you missions, which match with one butterfly you have around at the forest. Missions, which would require butterflies you didn't unlock yet, you sold or stored, won't show up. This may be helpful to know, if you wan't to have specific missions you want to – just leave butterflies at the forest, which fit the requirements.

As long as you never did a specific mission with success, it will be displayed faded

. After completing it successfully once, it will strengthen

. On the right side, you will see your progress on the each mission. If you did one at least five non consecutive times, it'll be marked as

Further ornaments will gradually appear on the little 'shelves' in the bird's nook as you complete more and more missions. First to appear will be a pink stone, then a brown shell, then a basket of berries, then a string of colourful feathers, and finally some toys made from pine cones, which can be found at the Madagascar Pygmy Kingfisher's page.

Some Event butterflies brought Special Abilities to the sanctuary which made it possible to influence missions: To select a matching butterfly for the current mission every two days, switch to a random mission and to hurry a mission every 24 hours. 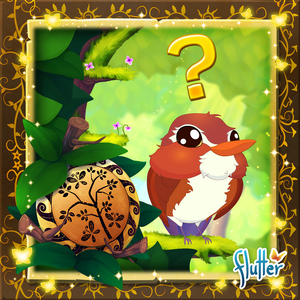 Switch to a Random Mission