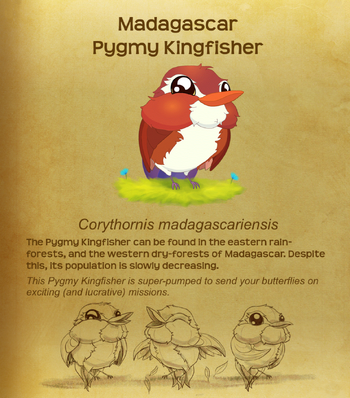 Scientific Name: Corythornis madagascariensis
Description: The Pygmy Kingfisher can be found in the eastern rain-forests, and the western dry-forests of Madagascar. Despite this, its population is slowly decreasing.
This Pygmy Kingfisher is super-pumped to send your butterflies on exciting (and lucrative) missions. 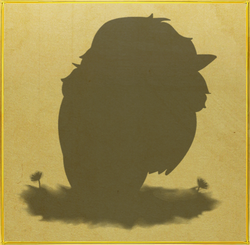 Description not unlocked: Reach a score of 650 to unlock.


The Madagascar Pygmy Kingfisher thankfully does not eat butterflies! Once unlocked by buying its forest spot, necessitating a Flutterpedia score of

650, the option of sending your butterflies on missions given by the Madagascar Pygmy Kingfisher becomes available. If your butterfly is successful you can get a variety of items from the pygmy kingfisher.

Ornaments will progressively appear on the little shelves in the Madagascar Pygmy Kingfisher's nook as you complete more and more missions. First to appear will be a pink stone after completing 20 different missions at least once, then a brown shell after 40, then a basket of berries after 60 missions, then a string of colourful feathers after 80 missions, and finally some toys made from pine cones after 100 different missions completed at least once.

With some Butterfly Events there's also another kind of Kingfisher around. To keep them around all the time, you can buy the alternate "outfits" for

200 each. To do so, you have to tap the Kingfisher in your forest so there will pop up its menu. First you'll see the familiar buttons like

(Missions), and the new

(Next). By tapping the Next-Button the outfits will switch. To buy an outfit, tap

(Buy Outfit). Please note, you have to spend

200 for each outfit!
To equip a bought outfit, tap

With the Vuelo and the Odyssey Event, the Madagascar Pygmy Kingfisher got some additional special decorations for a limited time, too.

Despite being neither a parrot nor a mynah, the Madagascar Pygmy Kingfisher loves talking! Beside the mission errands, it has something to say on other occasions.

As soon as you fly a butterfly on the kingfishers leaf, he'll let you know, if that butterfly matches the requirements and how good its chances are.

Good Bye
As soon as a butterfly is sent away, it has one of the following to say:

Idle
If a mission is currently in progress, you'll get one of these message for tapping the Madagascar Pygmy Kingfisher, which might contain some useful hints, too: 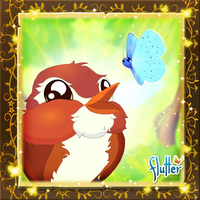 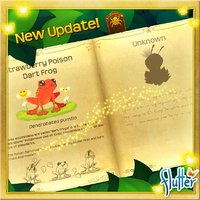 Retrieved from "https://flutter-butterfly-sanctuary.fandom.com/wiki/Madagascar_Pygmy_Kingfisher?oldid=55804"
Community content is available under CC-BY-SA unless otherwise noted.