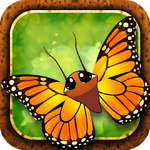 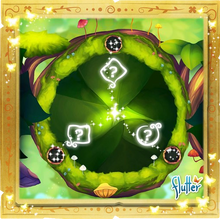 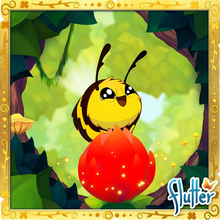 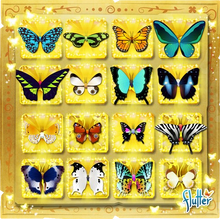 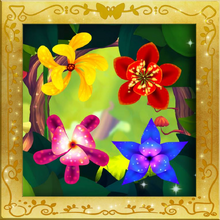 NOTE – This update is optimized for iOS 6.0 and up. Please update to ensure the best Flutter experience possible.

1 of 4
===Version 1.61 (25th July 2013)===* Missions! A Pygmy Kingfisher bird has arrived in your rainforest with some very important missions for your butterflies. Exciting new challenges and rewards await you!* Daily Flower Specials. Check the Shop each day for flowers you can purchase with Honeydew for a limited time.* Numerous stability, performance, and bug fixes. 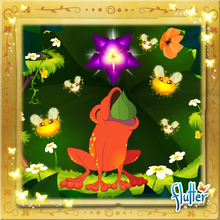 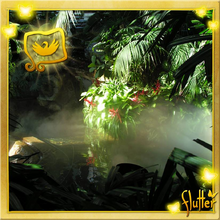 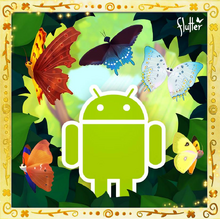 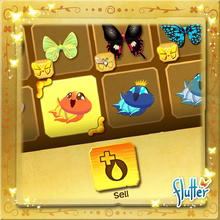 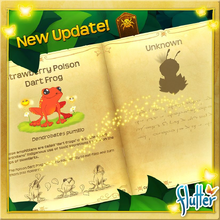 We’ve had a TON of feedback to the news of our new update, specifically the change of selling butterflies from Flutterbucks to Honeydew. Firstly, a genuine thank you for all your feedback. We read it all and reply to as much as we can. The passion that you guys show for the game and the time that you take to share your opinion is a great testament to how much Flutter means to people.

After the last day of reading feedback and engaging in discussion, I wanted to clarify a bit of our thinking around the butterfly selling changes.

Flutterbucks are our game’s premium currency. It’s the purchases of this currency that allow us to keep operating the game and delivering all the new content that keeps things fresh. It is a totally optional currency used for shortcutting challenges that can all be achieved through regular gameplay. It is true that some challenges require A LOT of gameplay to achieve for free (e.g. animated decorations, bumble bee), but we think it’s fair to have some content reserved for our most passionate players and those that support the team with their Flutterbucks purchases. Selling level 5 butterflies was producing so many free Flutterbucks that not only was it devaluing the currency, but hurting the economic health of the game and putting further development of the game at risk.

However, players should absolutely be able to earn some free Flutterbucks through gameplay! This is important so that players can understand the value of the currency, and if they have a lot of time on their hands save up towards some of those very special premium purchases. There are still many ways to earn Flutterbucks in the game. From goals to missions, friend gifts to petals, we’re still quite generous with the amount we give away for free compared to many other games.

An unintended side effect of removing this feature was that it also removes a part of the game that players enjoyed: raising lower level butterflies multiple times for a little FB boost. This was cool because it added a little strategy, as well as a use for flower and caterpillar duplicates. We’re thinking about different ways we might be able to reintroduce this feature in a more controlled manner in the future. We got some great suggestions on the blog and Facebook so thanks heaps.

We’re so thankful for your passion and commitment, and it sucks when a change doesn’t make people happy. For all the updates we’ve made over the last 16 months its incredibly rare that we reduce the power of something, but this is one of those times when a hard decision had to be made to benefit the long term health of the game. We hope you can understand and carry on with us on this exciting journey as we release heaps of awesome new features.

Hey Flutter players! Our upcoming update has some important balancing changes that we wanted to give you a heads-up about before it goes live. Some overpowered mechanics are going to be toned down to balance the game, but at the same time we’re addressing our #1 player request: more space for more butterflies.

Here’s what will be changing:

We know this update is going to hurt a bit, but don’t fret! We’re making these tough changes now to lay the foundation for some really exciting new updates coming in the future. As always we’re listening to your feedback so let us know what you think. We’re hoping the update will be ready in time for the weekend, and we’ll be sure to let you know when it’s live! 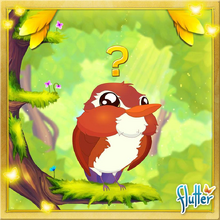 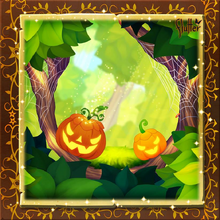 1 of 2
We have some exciting news to share!You may have noticed that when you currently download Flutter from the App Store, the Seller is listed as DeNA Corp. After three years of a wonderful partnership with DeNA, Runaway is expanding to become a publisher. This means the same team that is responsible for developing Flutter will also take over support, quality assurance, marketing, and everything else associated with providing our fans great games and content.

This update is the first step towards transferring your Flutter progress from DeNA's servers to ours. In a few weeks, we will be submitting another update which will change the seller to Runaway and transfer your game's progress over to our servers.

Please note the Migration Readiness Checklist in this update. For most of you, your progress will transfer automatically, but this checklist has some simple instructions to make sure your data is recoverable in the event the transition doesn't happen automatically.

Thank you for your support! 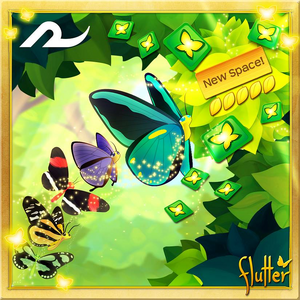 Flutter is continuing its migration to a new home! The update will complete Flutter’s transition to Runaway’s servers and store account. Once the transfer is completed, you'll get 100 FLutterbucks and new forest slots.99% of our players can expect a seamless transition - hopefully you won’t even notice.If you do see the start screen and have an account, tap Existing Player. You will have the option of connecting to Facebook to recover your progress, or you can recover your account via User ID. If you have any trouble, please visit our support page to get in touch with an agent. Thanks for your continued support! 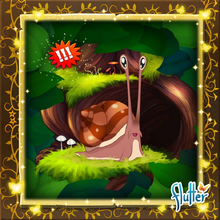 1 of 1
* Festive update: Easter! Our latest event will bring a burst of colour to the forest with a beautifully decorated eggs and springtime flowers. The wisp mother is even getting in the spirit, and of course there's a whole new set of limited butterflies and decorations to collect!* Bug fixes and performance improvements 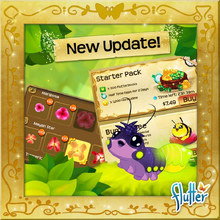 Retrieved from "https://flutter-butterfly-sanctuary.fandom.com/wiki/Game_Updates?oldid=57727"
Community content is available under CC-BY-SA unless otherwise noted.