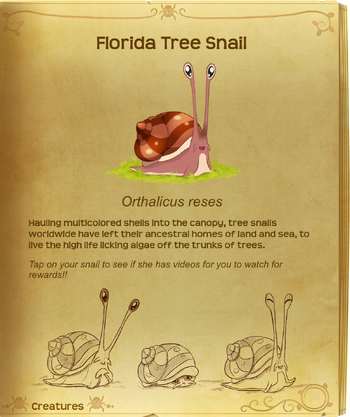 Scientific Name: Orthalicus reses
Description: Hauling multicolored shells into the canopy, tree snails worldwide have left their ancestral homes of land and sea, to live the high life licking algae off the trunks of trees.

Tap on your snail to see if she has videos for you to watch for rewards!! 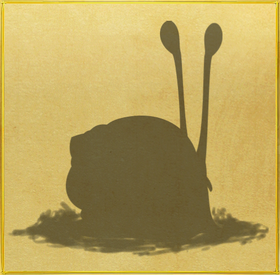 Description not unlocked: Reach a score of 500 and watch a video to unlock.

500. To be unlocked in the Flutterpedia, you must watch a video she offers first. For watching a video, you get different rewards, which are fixed, and reset every 24 hours.

Snail at its Spot 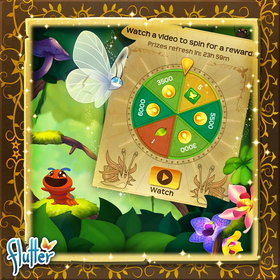 On September 1, 2017, Flutter received an update. This changed the Florida Tree Snail format in which prizes are obtained. Before; clicking play would start a video, for which upon completion, you would receive one of two shown prizes. After the update this was changed to a "Spin to Win" format, where a prize wheel is shown. After watching a video, a "Claim" button appears, and tapping this will activate the wheel, which will spin until it lands on one of six prize panels. Upon landing on a panel, all but two of the prize panels will be darkened, and are obtainable only once every 24 hours. After 24 hours, the wheel resets, and new prizes become available. 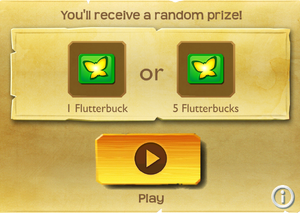 . As soon a it finished loading, the button would switch to

and could then be tapped again to watch a video. After finishing the button would show a data load once more and then switch to

(Claim), which would roll random between two possible rewards when tapped.

The amount of honeydew you can get is unspecific and independent of your Score.

The Offer Wall was an old addition to the game you could find by entering the Main Menu and tapping the Offer Wall Button. It offered Flutterbucks for watching more videos or doing specific tasks, like playing games, buying stuff, participating at competitions and so on.

The support for the offer wall tasks was independent from Runaway support. You could contact them in the game itself by opening the Offer Wall and tapping support at the upper right corner.

After many complaints that players were not receiving their prizes, the Offer Wall was removed from the game.

Retrieved from "https://flutter-butterfly-sanctuary.fandom.com/wiki/Florida_Tree_Snail?oldid=54793"
Community content is available under CC-BY-SA unless otherwise noted.