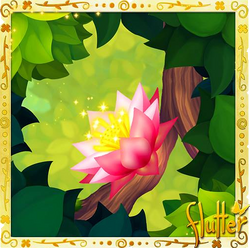 One way to get special butterflies without buying them as a Special Visitor is by participating in Butterfly Events! This also brings additional rewards to your forest.

The bonuses are only available before the event is up. As soon as the event is over, the exclusive rewards can't be obtained in the future.

In the past, completing sets during the time limit rewarded you with Exclusive Decorations.
Currently, you are able to get upgraded Special Abilities.

With the release of the Nawab set, the exclusive version of the set decorations was introduced as a third kind next to the common and deluxe ones. These third one could only be obtained by completing the set during the given time limit of each event.

If the exclusive decoration was achieved, it will show up in a third circle at the set's overview at the Flutterpedia at the top right. If it's completed after the event time, there will only show up two circles. That's also the case at the decration's overview.

The Majutsu set replaced the Exclusive Decorations reward with upgraded Special Abilities for completing the set during the time limit. Once unlocked the upgraded ability will be available on all fully upgraded butterflies of the species, even if they are hatched, raised, fused or fed to highest level after the event ended.
Similiar to the view of the exclusive decoration, there will be a third circle showing the alternate form at the set's overview at the Flutterpedia and only two circles, showing the unlimited available decorations, if the set is finished after the time run out.

Retrieved from "https://flutter-butterfly-sanctuary.fandom.com/wiki/Event_Exclusive_Rewards?oldid=52924"
Community content is available under CC-BY-SA unless otherwise noted.